The store will not work correctly in the case when cookies are disabled.

We use cookies to make your experience better. To comply with the new e-Privacy directive, we need to ask for your consent to set the cookies. Learn more.

Day-bright garnet with a watery ruby rim, totally transparent, this wine is really quite pretty. On the nose lots of crunchy red fruit-cranberry, wild strawberry, raspberry and some red apple skin minerality. On the palate, there is a distinct feeling of strength and flavors of freshly cut steak tartare, copper, dark cherries, and a tingling of Szechuan peppercorn. A simple Tenderloin carpaccio would sing with this, chicken legs or duck and mushrooms would be lovely as well! Let the wine be the star here with this pairing.

Skip to the end of the images gallery 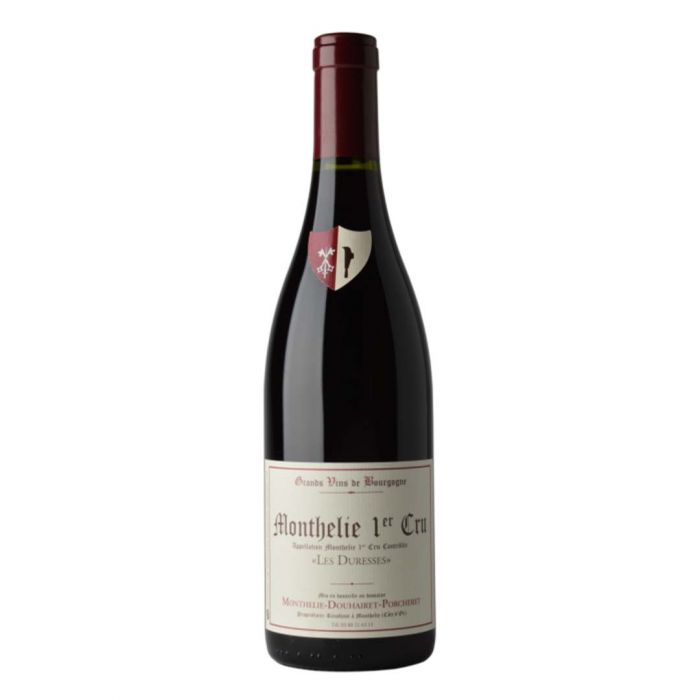 Skip to the beginning of the images gallery

The first thing you should notice here is that Monthelie is repeated in the Domaine’s name and the appellation. Interesting. Why is that interesting you ask? Hmm, perhaps because the Monthelie family helped found the Monthelie appelation. So yeah, they know what they’re doing because they started the whole thing.

The problem with Burgundy is that collectors and wine enthusiasts want it! With so little made, it’s hard to find a good value, high quality Burgundy out there. Monthelie is one of the last areas where there is still good value to be had-bordering more famous sisters Pommard and Volnay, Monthelie has all the pedigree without the added price. Classically Burgundy, this wine is transparent and fresh on the nose, showing raspberries and crunchy cranberries, apple skin and a rose-petal floral character that is everything you want it to be!

On the palate, this little Premier Cru shows a riper character and a lot more depth than the nose. There’s a distinct steak tartar and copper element on the palate and riper fruit than I was expecting from the nose! Dark cherry, and ripe raspberries and finishing with the tingling sensation of a Szechuan peppercorn, this hits on all the notes you want Burgundy to.

Andre Porcheret was a fore-runner of the biodynamic push that has been going on in Burgundy and was asked by the great Domaine de la Romanee Conti in the early 1990s and has been pushing for more renewable wine growing and wine making practices across the whole of Burgundy since then. This wine is a wine nerds wine—all of the history and humanity and the beauty of Burgundy rolled into one surprisingly affordable bottle!

Named for the 300-year-old Southern Burgundy village in which it is located, Monthelie Douhairet was run by the Douhairet family for many years. In 1989, Mademoiselle Douhairet asked renowned winemaker André Porcheret to take charge and added his name to the domaine. One of the great figures in Burgundy during the past half century, André was the cellar manager at the Hospices de Beaune from 1976–1988, before he was hired by Lalou Bize Leroy to make wines at the newly created Domaine Leroy from 1988–1993. He returned to the Hospices de Beaune from 1994–1999, and since 1989, he has also been overseeing Monthelie Douhairet Porcheret’s 15 acres, mainly in the Côte de Beaune appellations of Pommard, Volnay, Meursault and Monthelie. Today, together with his granddaughter, Cataldina Lippo, he produces wines that are classic, elegant and true to their terroirs, with impressive textures, tension and bright flavors.

Les Duresses is one of the lieux-dits for which the origins of the name are still unclear. It could relate to the terroir which lends the wine a certain ‘duresse’, or hardness, due to its minerality. This Monthelie premier cru is situated opposite the others, between Volnay and the village. Les Duresses lies on the other side of the valley at the entrance to the Auxey-Duresses Fault, in the continuation of Duresses in Auxey-Duresses. Our Monthelie Duresses parcel is split into two parts, one of which is planted with Pinot Noir and the other with Chardonnay. Half of this parcel of Monthelie Les Duresses is dedicated to Pinot Noir vines while the other half to Chardonnay. A 23.25 ares parcel.

Grapes are hand-harvested and carefully sorted. 100% destemmed, fermented in wood vats for 12 to 20 days with daily pump over and punch down. The wine is then aged in French oak barrels (Tronçais), 10% new for an average of 18 months.