The store will not work correctly in the case when cookies are disabled.

We use cookies to make your experience better. To comply with the new e-Privacy directive, we need to ask for your consent to set the cookies. Learn more.

The Happy Lemon shines bright, almost blindingly so. Pristine, mineral-driven, bone-dry and intensely lemony, with a firm structure and acidity that hits like a bolt of lightening, this is Riesling for acid-heads.  The finish is like sucking a lemon, but like a Meyer Lemon, not harsh but electric.

Skip to the end of the images gallery 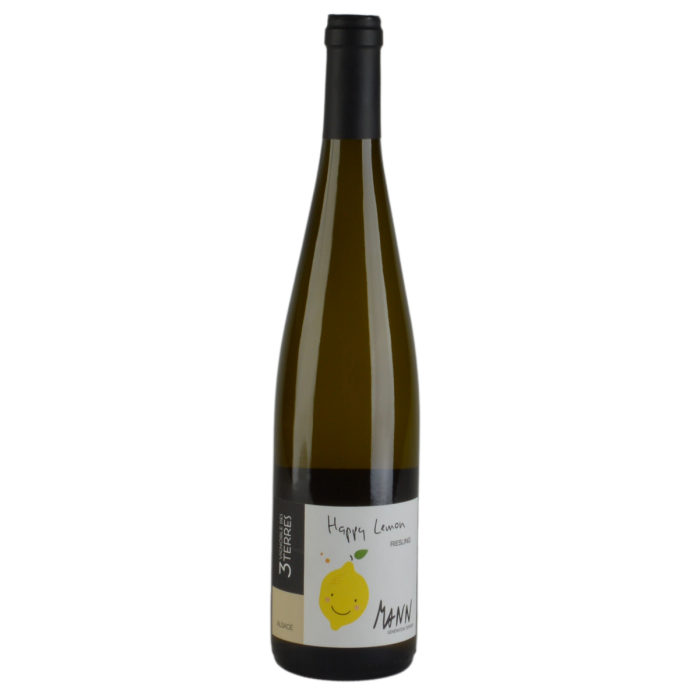 Skip to the beginning of the images gallery

A rising star in Alsace, Sébastien Mann joined the family estate in 2009 with a passion for viticulture. His family inherited the land in Eguisheim following WWII, and his parents, Jean-Louis and Fabienne, inherited the property from Jean-Louis' parents in 1982. Previously known as 'Mann Henri,' in 1998, they decided to make their first wines under Jean-Louis et Fabienne Mann's name. A region steeped in tradition and pedigree each generation has imprinted a signature on the family Domaine. One of three brothers, Sébastien, pursued a BTS in Oenological Viticulture before further expanding his knowledge by seeking experiences such as in Champagne (Vouette et Sorbee and Bertrand Gautherot), Côte Rôtie (Pierre Gaillard), Austria, and even Australia, returning home with an innovative perspective. In addition, he worked in Alsace with such highly regarded producers such as Albert Boxler, Barmes Buecher, and Julien Meyer. The Estate has been certified organic since 2008 and biodynamic since 2009. The 12.8 hectares (12 to white varietals and .8 to red) are planted with the following grapes: Sylvaner, Chardonnay, Pinot Gris, Pinot Blanc, Riesling, Gewurztraminer, Muscat à Petits Grains Blancs, Auxerrois, and Pinot Noir. There are three main categories to the wines:Vins de Soif: A single varietal, or blend, from young vines; the wines are ethereal, fresh, dry, and fun.Vins de Terroir: Single vineyard wines, not of Grand Cru status, complex yet approachable in youth. Grand Cru: The crème de la crème, of which two are produced: Eichberg and Pfersigberg, both layered and ageworthy and considered some of the most sought-after white wines in the world. In addition, he produces two superb Pinot Noir, Vendanges Tardives, and SGN. Sébastien creates a delicious Cremant D'Alsace Brut Nature with partial barrel aging from his knowledge gained during his stage at Vouette and Sorbée in Champagne. More importantly, the Domaine represents a style we have long sought in Alsace; the wines are singular, pure with superb balance and a stately complexity. Sébastien implemented a sweetness scale on the back label that considers the sugar, alcohol, and acidity levels, designed to preview the wine. In a world where Alsatian wines confuse the savviest of drinkers because of the unknown dry or sweetness factor, it is one of the most accurate depictions seen in Alsace. It is a family with intricate knowledge of the various Alsatian terroirs. Their property represents multiple soil types, grape varietals and the wines reflect the vineyards' unique character. Sébastien embodies a new generation of talented vignerons producing beautiful wines balanced in their power, extract, and finesse.